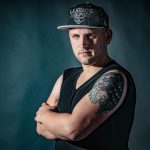 Bassanova breathes dance music. It simply pours out of him.

His first big entry in the music business was a remix he did on ‘Blame’ by Calvin Harris. It was played by Hardwell, Tiësto, Dash Berlin, and also by Martin Garrix who played it on his BBC 1 radioshow. Between 2015 and now he has made several well received originals, including ‘Fire Escape’, ‘Sax’ and ‘Lullaby’, as well as remixes for Kygo (‘Firestone’) and Nick Jonas (‘Teacher’). In February ’19 he produced ‘Blossoms’, a hitsingle for Far East Movement. Now he is preparing a run of new originals, the first of them to be released next month.

Bassanova is a genius at both producing and live DJ-ing. A disciplined, highly driven musician, who will undoubtedly stun the world within the next months.